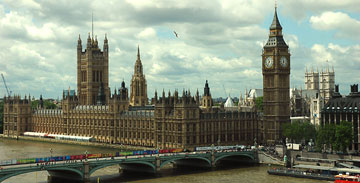 From the Renaissance onward numerous foreign artists were imported by the nobility, largely for portraiture. From Holbein to Rubens and Van Dyck, these men found few worthy followers in England and no rivals. Such artists as William Dobson and Robert Walker could hardly compete with the Dutch Lely or the German Kneller.

In portraiture the 18th cent. England fine art produced a number of outstanding artists. Sir Joshua Reynolds, who helped found the Royal Academy of Arts in 1768 and was the first Englishman to assert successfully the dignity of his profession, shares with Thomas Gainsborough the place of honor in English portraiture. Other major English artists in this field include George Romney, Sir Henry Raeburn, and Sir Thomas Lawrence. Gainsborough is distinguished, too, for his landscape painting, a genre in which England has made contributions of the first order. Notable 18th-century landscape painters were Richard Wilson, George Morland, John Robert Cozens, and Thomas Girtin. A type of painting that enjoyed great popularity in the 18th and 19th cent. was the sporting picture depicting hunting and racing scenes, a particularly English form of art. George Stubbs was the outstanding painter and engraver of this genre.

The two great english landscape artists John Constable and J. M. W. Turner; developed totally different styles, they both created rich coloristic effects and worked with a spontaneity that had a strong influence on subsequent French painting. The English romantic period, of which they were the greatest exponents in painting, was followed by the rise of the Pre-Raphaelite school of D. G. Rossetti, William Holman Hunt, and Sir Edward Burne-Jones. Sculpture did not parallel the development of English painting, although John Flaxman, Sir Richard Westmacott, Sir Francis Chantrey, John Bacon, and Alfred Stevens worked effectively in a classicizing manner.