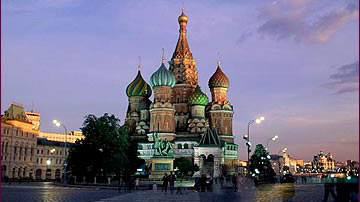 Until the 18th century in Russia fine art, the reigning artistic influence was still the Middle Ages Byzantium style. Even to this day, Russian icons, with their soulful eyes, flattened perspective, elongated features and gold highlights, remain characteristic in the region's artistic output.

In the works of Russian Artists like Ivan Shishkin we see all the power, grandeur and vastness of the Russian land without idealization, but with a tireless diligence for truthful rendering. In the work of Repin, who for most of his career was the central figure in Russia Fine Art, his religious, narrative and historical canvases show the Russian people from the comedic, to the sublime and to the tragic. These outstanding artists bring forth on canvas all the currents of 19th Century Russian feeling. Ivan Kramskoy, wrote in 1872: “Shishkin simply amazes us by his ability, doing two or three studies a day, and such complex ones, too... Out there face to face with nature, he is in his element, he is bold and clever and unhesitant; out there he knows everything... he is by himself a school... a milestone in the evolution of the Russian landscape.”

Repin also enjoyed a career as a portrait painter. At the same time John Singer Sargent was immersed in his celebrated career as a portraitist of the fashionable elite, Repin was painting Russian officials, artists, writers and members of high society.